“Colorado can’t afford to let Washington dictate our tax policy while our schools struggle to avoid teacher layoffs,” said Rep. Gray, D-Broomfield. “These are hard times for everyone, but the changes coming from Washington bring too much harm to our schools and our working families. It’s up to us to fix that.”

“We need to support hardworking Coloradans by making the tax code less regressive and more equitable for everyone,” said Senator Chris Hansen, D-Denver. “This bill works to protect important community priorities like k-12 education funding, infrastructure investments, and critical services across our state– areas that have been devastated by the economic crisis and that need additional support.”

“Our bill protects economic relief for those who need it most, our small business and middle-class families, and provides a direct boost to hardworking Coloradans,” said Rep. Sirota, D-Denver. “It’s time to pick a side. We can’t afford to give money away to corporations and millionaires while our schools desperately need funding. We need a tax code that reflects our Colorado values and priorities, not one that benefits the one percent.”

“This year’s state budget was the most difficult piece of legislation I’ve ever worked on. From education to critical human services, nothing was left unaffected. But we have the opportunity to minimize those effects going forward if we can ensure that our tax code prioritizes people and institutions that need it most,” said Senator Dominick Moreno, D-Commerce City. “By decoupling with the federal government, Colorado can balance our lopsided tax system and bring necessary relief to working families and small businesses.”

Several provisions in Colorado's tax code follow federal law and cost the state hundreds of millions a year, but primarily benefit wealthy individuals and corporations. This legislation makes means-tested changes to eliminate handouts for special interests and the wealthiest corporations while protecting them for hardworking families to avoid devastating cuts to education.

·        CARES Act Loopholes: Eighty-two percent of the benefits from a provision of the CARES Act that allows for the deduction of excess business losses (CARES Act Section 2304) goes to filers with incomes above $1 million. Only three percent of the benefits go to filers with incomes under $100,000. The bill preserves the relief for hardworking Coloradans under that threshold while eliminating it for millionaires. The bill also limits the amount of net operating loss deductions a company can claim in one year to $400,000, preserving the deduction for 98 percent of filers while capping them for the wealthiest businesses. Finally, it rejects a CARES Act hand out of interest expense deductions (CARES Act Section 2306) for corporations larger than $25 million, saving the state $2 million a year.

·        Trump Tax Scam “Pass Through” Loophole: The 2017 federal tax bill, pass-through businesses can take a 20 percent deduction off their qualified business income (QBI), essentially reducing the amount of taxable income. In Colorado, a quarter of the benefit of this tax break goes to households with incomes above $1 million, while households with incomes below $75,000 receive only 11 percent of the benefit. The average millionaire gets nearly a $9,000 break from the state while someone making $30,000 to $40,000 may get $70 or $90. The bill preserves the relief for hardworking Coloradans making under $75,000 while eliminating it for those who don’t need it.

·        Insurance Company Handouts: The bill removes a tax break for insurance companies who maintain an in-state office. Just 85 insurance companies in Colorado get a 50 percent tax break averaging $1 million because of an outdated provision that the State Auditor has found is ineffective at its intended purpose.

·        Capital Gains: Colorado allows a tax break for income on investments in personal property and other capital gains, even if that property isn’t in Colorado. It costs the state $8-$20 million a year, and only 0.2% of all Colorado tax filers get this benefit. The very wealthiest 0.1 percent of Americans—taxpayers with AGI over $2 million—received almost half, or 49 percent, of all capital gains income. 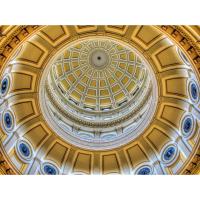