The numbers each mark a different milestone — 20 years in the first building they bought instead of rented, 30 years in Castle Rock, and 35 years since the restaurant first opened in Denver's Capitol Hill neighborhood before relocating south.

Then there are the three cooks, also brothers, who came in the 1980s and 1990s and never left, dedicating a combined 90 years of service to the eatery.

Co-owner of Pegasus Restaurant John De Lay has the exact dates of each milestone committed to memory. He can rattle each one off with pride as he looks back on his time so far in the food business. It's not easy for a restaurant to last that long, said his wife and business partner, Janie.

But it's that 30-year number that the De Lays and Pegasus Restaurant are celebrating this month. April 4 marks three decades since the dining venue moved from Denver to Castle Rock, eventually landing at 313 Jerry St., which it has called home since March 1, 1999. It operated from a space on Wilcox where the Riverwalk now stands for 10 years before that.

Larry and Carol Shuford have lived in Castle Rock since 2006 and dine at Pegasus at least once month, they said. The staff is friendly, the environment laid back and the food consistent.

The De Lays give their cooks credit for the consistency mentioned by the Shufords, including credit to Gabriel Torres. (He makes the best green chili, Janie said.)

Torres began working for the De Lays in 1993 at 20 years old at the suggestion of his brothers, David and Ruperto. They'd began working there in the 1980s. He spent his first day sweeping the restaurant floors. The next week he moved to dishwasher, working under his brothers. Then John transitioned him into cooking.

“I think John and Janie saw I had potential,” he said.

The now 46-year-old been a kitchen manager at Pegasus for 20 years now. He and his brothers are still there, and their family now includes everyone at Pegasus, he said. He plans to stay at the restaurant “until the end,” whether that's when John and Janie retire or move on in some other way.

“I love the kitchen. I love all the people front of house, back of house,” he said. “I'm so happy.”

The De Lays' daughter, Sheridan, has worked at the restaurant for as long as she can remember. She too calls the staff there family.

“It takes a village to raise a child, and that village was Pegasus,” she said.

She has her certification in web design and has watched social media's influence on the restaurant industry grow over the years. Platforms like Yelp or Google can hinder a young startup's odds, she said. Luckily, Pegasus had a loyal base and strong name recognition that carried it into the internet age.

That foundation is the product of her parents' hard work, she said, “and their friendship with the town of Castle Rock.”

John and Janie credit their 30-years-running Pegasus to loyal customers, devoted staff and forging genuine relationships with people who come through their doors.

The customers are John's favorite part of the restaurant industry. Janie praised his ability to connect with people. John said he can't make decisions without her. Together and with the help of their daughter and longtime staff, the two work the restaurant day in and day out.

“We've been blessed to be in Douglas County,” John said. “Thank you. From the heart.” 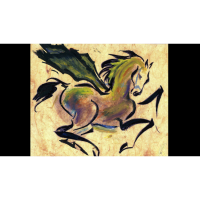