Under The Dome, Week 3

On Tuesday this week, advocates from Colorado Families First filed two ballot proposals that would create a paid family and medical leave program.  This is the first step in the citizen-initiated ballot measure process and these proposals will still need to go through the State Title Board and gather enough signatures to be placed on the November 2020 ballot.  This move both puts pressure on lawmakers to pass their own version of a paid family leave program and provides advocates with a Plan B if a paid family leave bill doesn’t pass the legislature this year.  The initiatives are structured like most of the previous FAMLI proposals as an insurance program funded by payroll deductions.  The two initiatives vary in the benefit and premium structure with Initiative 248 providing less of a benefit, requiring a smaller payroll deduction, and Initiative 247 allowing for more leave time and requiring a higher payroll deduction. Typically, proponents put forward multiple measures to go through the title board process and ultimately pick one to move forward on the ballot. If the state legislature acts this session, the measures could be withdrawn.

The Joint Budget Committee met this week to work on truing up the current year budget and to make their first figure setting decisions for the FY2020-21 budget.  Given a number of assumptions—action take on supplementals thus far, the appropriation requests, budget amendments, and placeholders from Governor Polis—in FY2019-20 there is $90.9 million above the statutory reserve.  However, for FY2020-21, the budget would be $134.8 million short of a 7.5% reserve.  On Thursday the JBC made figure setting decisions for employee salaries and benefits and community provider rates.  The JBC denied Governor Polis’s request for providing a paid family leave benefit to state employees.  Governor Polis’s request included $9.9 million total funds, $7.3 million General Fund for a paid family leave benefit that state employees could use for up to 8 weeks of leave.  The JBC denied this request in part because staff believed that there was not sufficient statutory authority.  The JBC sets the budget to current law so any of the Governor’s request have to fit within existing line items.  Another request that the JBC denied was Governor Polis’s $75.8 million General Fund request to unwind the pay date shift for executive branch employees.  This accounting mechanism was used in the recession and has been in place since then.  The JBC decided to leave the pay date shift in place.  The Joint Budget Committee approved a 3% salary increase, a higher amount than the Governor’s request of a 2% increase.  However, with the Public Employee Retirement Association (PERA) employee contribution rate increasing  by 1.25%,  state employees won’t feel the full 3% salary increase.

On Friday, Kim Bimestefer, Executive Director of the Department of Health Care Policy and Financing (HCPF), and Commissioner of Insurance Michael Conway made their pitch to the Joint Budget Committee on a Public Option for health insurance and for continuing to support the Reinsurance Program.  HB19-1004 required the two departments to study and formulate recommendations for a public health insurance option.  In November their final report was submitted to the legislature and outlined their recommendation for an insurance plan administered by existing insurance companies, with certain parameters set by the state including benefits, reimbursement rates, and a higher medical loss ratio.  In the first year, they expect around 6,000 people, mostly those who are uninsured, to enroll in the public option.  There was a lot of interest on Friday about the reimbursement rates for hospitals.  Some concerns were about what effects there could be for rural hospitals and mandating prices for hospitals, but not for physician’s rates.  Ms. Bimestefer and Mr. Conway defended this part of the plan, arguing that the plan focuses on hospital reimbursement rates because hospitals make up a large portion of the dollars spent on health care and because hospital profits in the Front Range are leading to increased health care prices for consumers.  They indicated that their rate setting would aim to make rural hospitals more healthy through higher reimbursement rates and other efforts to keep care in local communities. The public option also requires that pharmaceutical rebates from manufacturers be passed on to consumers, and reducing the amount that health insurers are allowed to keep to cover overhead costs. Mr. Conway brought some examples of people saving thousands of dollars on insurance premiums due to the reinsurance program, as well as the average premium reductions in various regions across the state.  This year there is a budget request for $9 million to continue the Reinsurance Program.  Originally the request was for $18 million, but the state received a higher amount of federal funds than expected.  The program has led to an average reduction of 20% of premiums across the state on plans on the individual market. Colorado currently has authorization to operate the reinsurance program for two years, and Commissioner Conway indicated that they are already working on an application to the federal government to extend the program for additional years.

This week the Colorado Department of Labor and Employment finalized new labor rules related to overtime and breaks for workers.  The Colorado Overtime and Minimum Pay Standards (COMPS) Order brings all industries under the rule and it also increases the minimum salary required for workers to be exempt from overtime requirements.  To be disqualified from earning overtime, workers will have to make at least $35,568.  This minimum salary workers can be paid without being paid for overtime will increase to $40,500 on January 1, 2021 and then each year until it reaches $55,000 in 2024.  After 2024 the threshold will be adjusted by inflation.  The COMPS order included all private sector workers including construction workers, many of whom advocated for including the industry under the protections at the various public hearings on the rule over the past few months.   The previous work order only included retail, food and beverage, health and medical, and commercial support service industries. 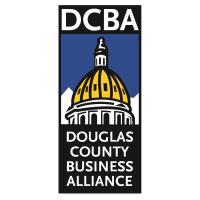